"Barkless But Not Silent" 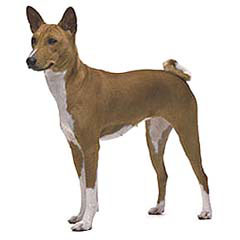 The Basenji is an ancient breed, originating in central Africa thousands of years before the birth of Christ. Then, as now (at least in Africa), the Basenji was used to flush small game into the waiting nets of hunters. However, the breed is a relative newcomer to Western culture. Basenjis did not appear in English dog shows until close to the end of the nineteenth century, and were not recognized by the American Kennel Club (AKC) until 1943. In 2006, the Basenji ranked 84th among the 155 breeds registered to and recognized by the AKC.

Basenjis are relatively independent dogs, but that doesn't mean they're unfriendly. They're spirited and curious, and are good with children if accustomed to them early in life (the dogs, not the kids). At their best, Basenjis are highly entertaining and readily able to amuse not only themselves, but anyone who happens to be around to watch. At their worst, they can cause havoc in a household whose owners have failed to dog-proof the premises beforehand. And while Basenjis do not bark, they can and do make noise; they are especially fond of yodeling.

The Basenji is a relatively small dog that ranges between 16 and 17 inches tall and weighs between 22 and 24 pounds. His coat, which is very short, is usually chestnut red with white markings. Some, however, are black-and-tan or brindle. His wrinkled forehead gives him a puzzled or worried look, but appearances are deceiving: this breed rarely worries over anything, and is clever enough to solve any puzzles that life throws at him.

The Basenji's fastidious nature makes him relatively easy to housetrain – but aside from that essential task, training can be a challenge. This dog tends to think his job is to train his people, not the other way around. That said, positive-reinforcement obedience training will go a long way toward helping you and your Basenji get along. Basenjis can't be allowed to run off-leash unless they're in a securely fenced area; their hound-like noses, boundless curiosity, and independent natures will almost always win out over their attachment to their people.

Basenjis are the ultimate wash-and-wear dogs. Their fastidious natures and obsession with cleanliness keep shedding to a minimum. They're reputed to be not overly fond of baths – or any water, for that matter. Weekly brushing and pedicures are recommended.

Like any purebred dog, the Basenji has his share of inherited health issues. Among the chief health concerns are Fanconi syndrome (a kidney disease), malabsorption syndrome (a digestive and metabolic problem), and progressive retinal atrophy. Hypothyroidism can also be a problem, but it can be controlled with daily doses of synthetic thyroid hormone prescribed by a veterinarian. Breeding parents should receive OFA and CERF clearances before being bred.

Lady, the Basenji who was the title character in the movie "Goodbye, My Lady," starring Walter Brennan and Brandon de Wilde.

© Copyright 2014 LifeLearn Inc. Used and/or modified with permission under license. 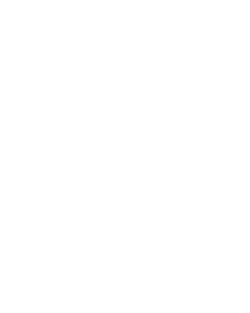